Top Posts
The new era for SA teams in Super...
Top five political stories of 2019
Blade Nzimande blunts SACP’s rich history
Thabang Moroe should take the fall with the...
Malema is exposing the weakness and cowardice of...
Interracial marriages are good conduit to promote racial...
Steenhuisen’s election mirrors the unjust racial treatment in...
The election of Steenhuisen might stabilise the DA,...
Ndlozi’s good intentions undermine black people’s intelligence
Ramaphosa needs the Webb Ellis trophy more than...
Black leaders in the DA represent a brand...
The Warren Gatland factor might surprise the Boks
Only a white Afrikaner male leader can save...
A watershed moment awaits the DA
Kanya Cekeshe feels the wrath of a double...
Black editors should resist being used by executives...
Ace Magashule is already building the ground for...
Malema/Zuma Tea Party Signal the Future of the...
A nation that prays together vaccinates together or...
What’s next for the SA economy? | Should...
Rural unemployment more than 50% in South Africa
Ace Magashule| The Enemy that has Infiltrated the...
Black Voters Will Blue-tick Steenhuisen/Zille’s Colour-Blind DA
EFF’s Framing of Accountability as a Political Attack...
Kamala Harris Exposed Mike Pence’s Misogynistic Behaviour During...
Even if Zondo were to Recuse Himself, Zuma...
The inevitable GDP decline and hardship ahead for...
Home Political Commentary Black leaders in the DA represent a brand of politics that is steeped in political careerism
Political Commentary 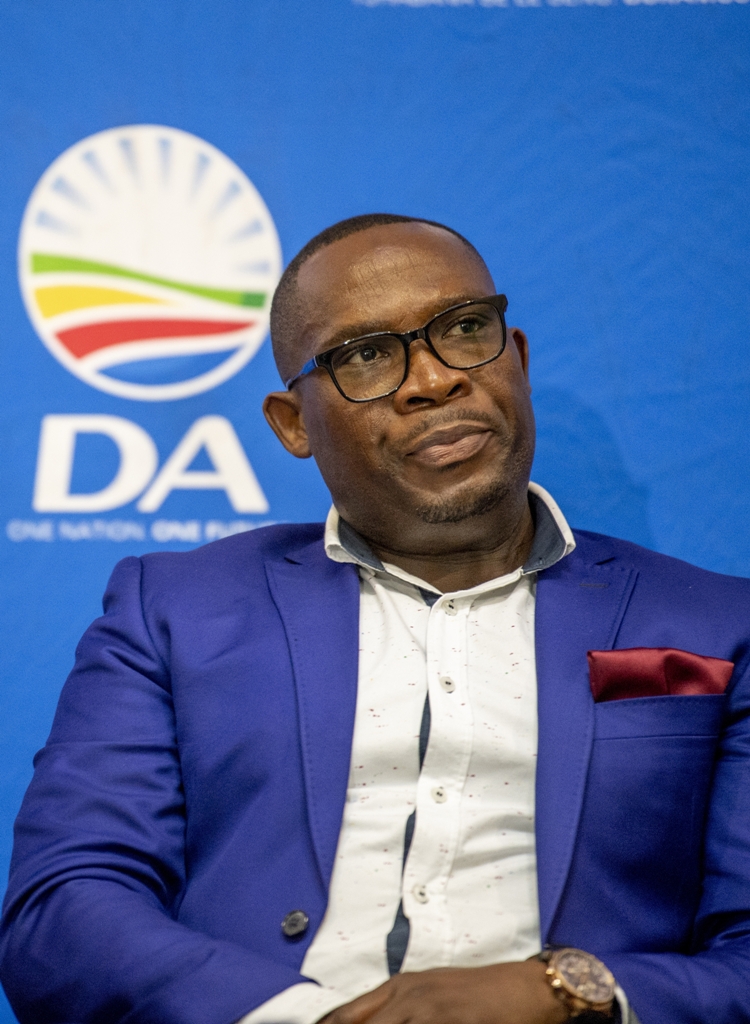 Political careerism, and not principles, is steeped in the mindsets of many South African politicians.

The comfortability and the desperation to receive a salary at the end of the month comes out on top for many politicians in the country, especially those who occupy seats in Parliament and provincial legislatures.

There was an expected exodus of some black senior leaders in the Democratic Alliance (DA) after the resignation of Mmusi Maimane as a leader of the party.

Some of Maimane’s staunch supporters such as Nqaba Bhanga, Makasule Gana, Phumzile Van Damme, and Zwakele Mncwango have since made it clear that they will not be leaving the party.

Maimane resigned citing that, “the DA is not the vehicle best suited to take forward the vision of building One South Africa for All.”

Race, equality and inclusion continue to be the most contentious topics of disagreement in the country’s official opposition party.

Following Maimane’s sentiments, it was expected that many of his fellow black leaders would also take a principled decision to denounce their positions in the party.

One such person, who should not have wasted a minute after Maimane’s resignation, is Bonginkosi Madikizela.

The Western Cape leader Madikizela has been a victim of the DA’s use of race as a proxy for capability.

Madikizela, despite being the leader in the province continues to be overlooked for the Premiership.

Prior to the May elections, many were expecting the DA to nominate Madikizela as their Premier candidate.

However, Madikizela was overlooked in favour of a white leader by the party.

The question that was left on many people’s lips was whether the DA does not see it fit to have a black leader as a Premier in the Western Cape province.

Previously, Helen Zille had led the party for two consecutive terms as a Premier, with Madikizela overlooked for the position.

Now that Maimane has taken what many consider as a principled decision, Madikizela was expected to do the same and refuse to be used as a black voter’s puller.

Madikizela, however, has decided to choose a salary and a position in government in spite of what Maimane has said about what the party stands for. Madikizela like Maimane, will one day realize that he actually does not have a place in the party.

The reports that Madikizela is trying to replace Maimane as the party leader shows that he represents a brand of politics that is steeped in political careerism.

Makhura’s SOPA should give clarity on e-tolls...