Top Posts
The new era for SA teams in Super...
Top five political stories of 2019
Blade Nzimande blunts SACP’s rich history
Thabang Moroe should take the fall with the...
Malema is exposing the weakness and cowardice of...
Interracial marriages are good conduit to promote racial...
Steenhuisen’s election mirrors the unjust racial treatment in...
The election of Steenhuisen might stabilise the DA,...
Ndlozi’s good intentions undermine black people’s intelligence
Ramaphosa needs the Webb Ellis trophy more than...
Black leaders in the DA represent a brand...
The Warren Gatland factor might surprise the Boks
Only a white Afrikaner male leader can save...
A watershed moment awaits the DA
Kanya Cekeshe feels the wrath of a double...
Black editors should resist being used by executives...
Ace Magashule is already building the ground for...
Malema/Zuma Tea Party Signal the Future of the...
A nation that prays together vaccinates together or...
What’s next for the SA economy? | Should...
Rural unemployment more than 50% in South Africa
Ace Magashule| The Enemy that has Infiltrated the...
Black Voters Will Blue-tick Steenhuisen/Zille’s Colour-Blind DA
EFF’s Framing of Accountability as a Political Attack...
Kamala Harris Exposed Mike Pence’s Misogynistic Behaviour During...
Even if Zondo were to Recuse Himself, Zuma...
The inevitable GDP decline and hardship ahead for...
Home Opinion Piece Kanya Cekeshe feels the wrath of a double standard justice system
Opinion PiecePolitical Commentary 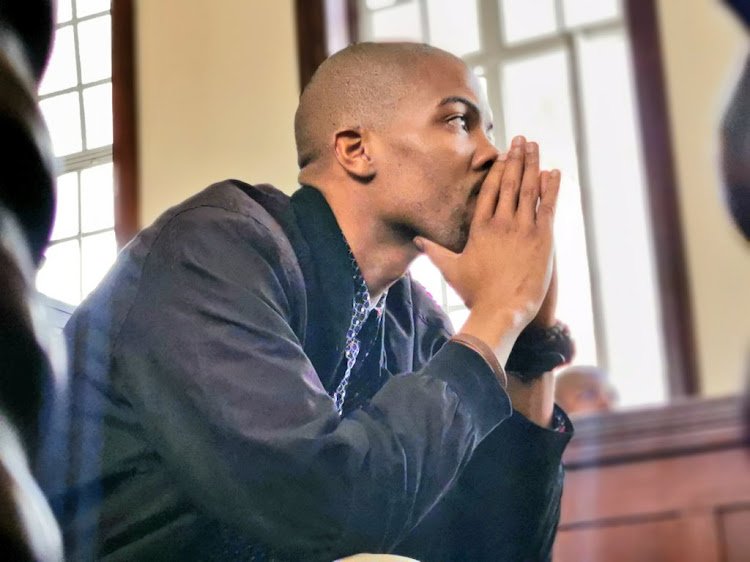 When magistrate Theunis Carstens handed a judgement and denied bail to Fees Must Fall activist Kanya Cekeshe, not only his family and friends felt the pain, but the entire nation.

Government leaders, politicians, political parties and the public at large appealed to the justice system to free Cekeshe.

Minister of Justice and Correctional Services Ronald Lamola has since announced that he will be leading the charge for Cekeshe to be granted a presidential pardon.

While the Economic Freedom Fighters has indicated that it will be appealing Carstens’ judgement.

Carsten’s judgement has once again thrown the country’s justice system back into the spotlight.

For many years, many have harboured thoughts that the justice system of this country is lenient to some, while harsh to others.

Its a simple case of some animals are more equal than others.

The race issue also surfaces, with many stating that the justice system treats different races differently.

That’s the question that has been dominating in the social media and public forums.

Cekeshe, who has been in jail for over two years for his role in the 2015 student uprising over the increment of fees in higher institutions, is seen by many as a victim of this system that sees colour and class.

Many of the activists at institutions such as the University of Cape Town, who committed the same crimes as Cekeshe, were given a free pass as charges against them were dropped.

However, it seems like the justice system is refusing to grant the same courtesy to Cekeshe.

Is it because he does not have parents who have powers and access to the powers that be?

Is it the fact that he represents a group in which the system is meant to oppress and dehumanise?

Convicted murderer Oscar Pistorius was granted bail, despite posing a real and serious threat to society.

However, Cekeshe, who was fighting for a just course and poses little threat to society was refused bail.

While everyone acknowledges a crime that was committed in this regard, its only fair for the system to also treat him in the same manner, it does to rapists and murderers.

The judiciary is often lauded for its independence, however, it seems like it is cannot be celebrated for its fairness.

One just hopes that the high court will set aside Carstens’ ruling and Cekeshe be allowed to be a free man.

The judiciary does not want a situation whereby citizens will start demanding a judge of a certain race for specific cases.

The fairness must be done across all the courts level, that’s all we ask.

A watershed moment awaits the DA

Ace Magashule| The Enemy that has Infiltrated the...

The inevitable GDP decline and hardship ahead for...

Mbali Ntuli’s lack of membership to the...

Makhura’s SOPA should give clarity on e-tolls...